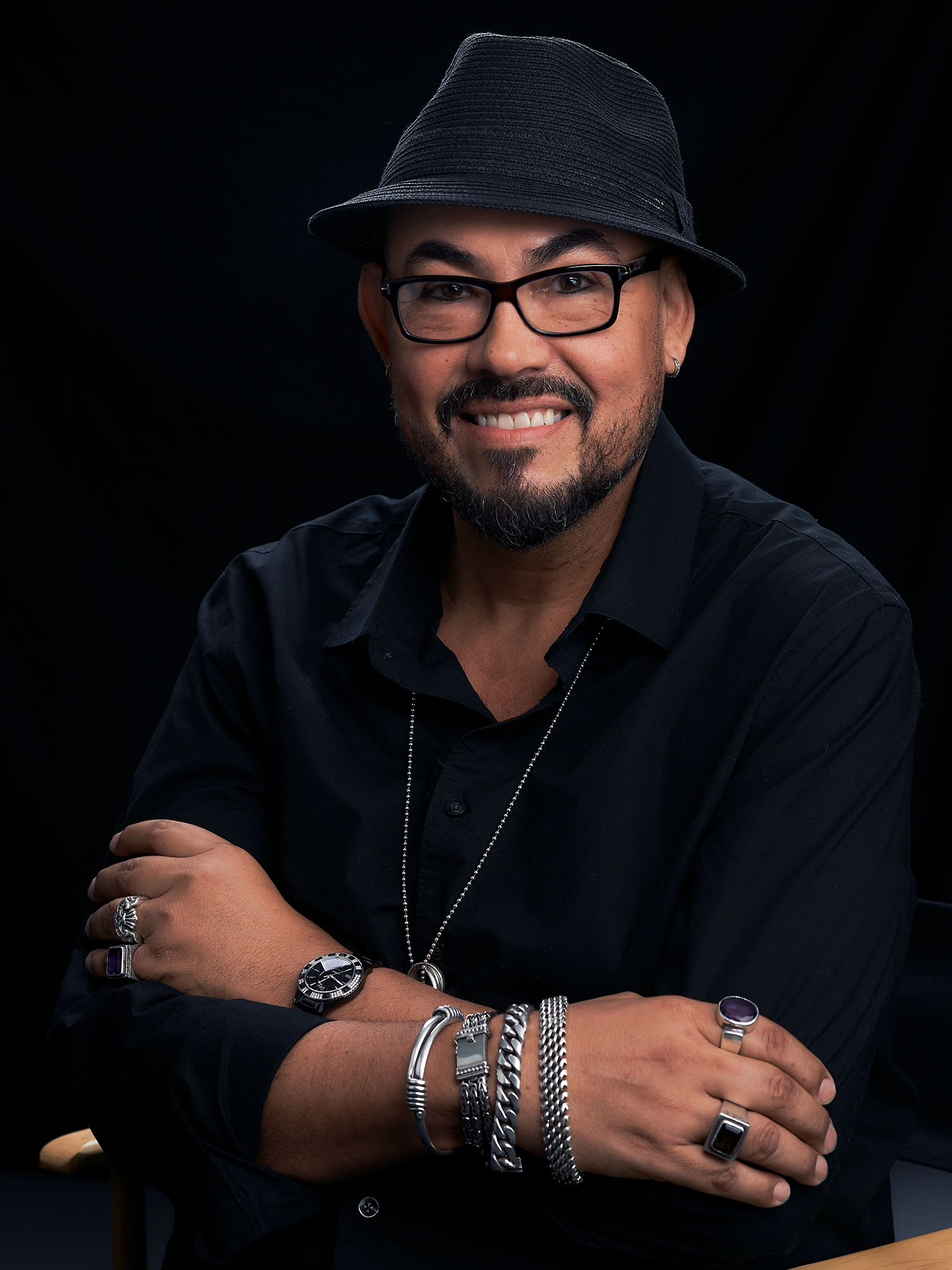 Salvador Perez’s work is very diverse. He has designed for many TV series including CASTLE, VERONICA MARS, NEVER HAVE I EVER, THE SEX LIVES OF COLLEGE GIRLS, and 6 Seasons of THE MINDY PROJECT where he was nominated for an Emmy for costume design. Salvador has also worked on movies such as HOCUS POCUS 2, PITCH PERFECT 1, 2 and 3, THINK LIKE A MAN 1 and 2, and MEN OF HONOR. Born and raised in Central California, Perez moved to Los Angeles to attend The Fashion Institute of Design and Merchandising to pursue a career in fashion design. Once other Costume Designers discovered his costume manufacturing talents, he began running the costume workrooms and assisting on films like TITANIC, THE FLINTSTONES, and BARB WIRE. Outside of film and TV, Salvador designed and developed the “Movie Legends Line” for the J. Peterman Catalogue, he designed a line of Jewelry for Bauble Bar, and designed a signature line of colorful coats for GILT.COM. He served as president of the Costume Designers Guild from 2013 – 2022.

@cdglocal892 members, for your consideration , @ho

Magical day being inspired by the amazing work of

I am so honored to be nominated for a @costumeawar

What an inspiring evening, listening to these 3 ta

Its not often you get to revisit your work, It was

Incredible News! you can now watch all episodes of

Such an incredible year! thank you for all the lov

with my friends in London, whom i met while workin

Thank you @cdglocal892 for this great honor, servi

@cdglocal892 members, For your consideration , @ho

the incredible @schiaparelli exhibit in Paris , so

Quick trip to London! Love Christmas in the UK, es

huge thank you to @theproductagent and congrats on

Mary Xmas to all! Repost from @kalinginternational